Investment driving profit Down Under 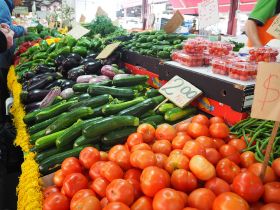 In all Australian states sans Queensland and Western Australia, vegetable farm profitability saw a 12 per cent increase from the 2016-2017 season to 2017-2018.

Survey data from ABARES shows the average farm debt decreased by 20 per cent in 2016-17 from the previous year, paving way for new investment.

“Australian vegetable growers made a total of $319 million in new investment, with around half of vegetable-growing farms making capital additions in 2016–17,” said ABARES executive director, Steve Hatfield-Dodds.

“Vegetable growing is our fourth-highest agricultural industry, and made up 6 percent—or $3.9 billion—of the gross value of agricultural production in 2016-17.

“It is big business for Australia, and especially in Queensland and Victoria which combined, account for 57 per cent of the total value of vegetable production in 2016-17,” he said.

The annual survey has been undertaken since 2007, providing a financial overview of the industry, and is funded by Hort Innovation and the Australian Government.

Hatfield-Dodds said that ABARES estimates the average rate of return of Australian vegetable-growing farms was 5.9 per cent in 2017–18.