Two of the leading businesses in Californian stonefruit, Gerawan Farming and Wawona Packing, have merged 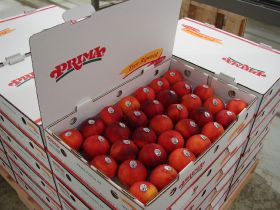 Gerawan Farming and Wawona Packing announced on 25 September that the two companies had completed a merger.

Paine Schwartz, an existing investor in Wawona, is partnering with both companies to facilitate the transaction.

Gerawan is a major stonefruit grower-shipper which markets its proprietary varieties under the Prima brand. Wawona is also a supplier of high-quality stonefruit and a leader in the organic segment of the market.

The companies believe the merger will create an enhanced platform for growth and innovation and the combined business will be able to better serve its customers and create significant opportunities for employees.

The combined company will be led by Dan Gerawan, who will be the largest individual shareholder and chief executive of the merged entity.

"At Gerawan, innovating on a large scale to grow, pack and ship the world's best fruit has been key to our success, and those efforts have always hinged on investing in our employees,” Gerawan said.

“These same values underpin Wawona's success.  This merger is an exciting next step to unlock the full potential of both companies."

Brent Smittcamp, current executive chairman of Wawona, will also remain a significant shareholder and continue to be highly involved with the combined company.  The management team will be comprised of leaders from both companies.

"Over the last several years, we have focused on accelerating Wawona's growth by building on the inherent strengths of our business and management team,” said Smittcamp.

“Our acquisition last year of Burchell Nursery Inc. was one example, and now this historic merger with Gerawan takes it to yet another level. We are eager to bring the benefits of this merger to our employees, suppliers and customers."