As the country pushes for market access to China and the US, one grower has bred a potentially lucrative new variety 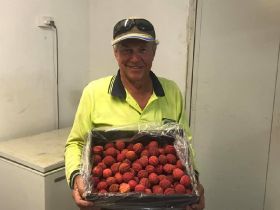 "Within a couple of years we should have enough to sell out in commercial numbers," commented Dixon.