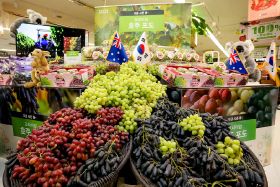 The growth has come as a result the efforts of a number of organisations including the Victorian government, the Australian Table Grape Association (ATGA), Horti Innovation and Austrade.