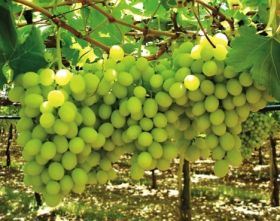 The Victorian government is conducting surveys throughout vineyards in the state's west to help protect its viticulture industry from the grapevine pest phylloxera, Stock and Land reported.

Agriculture minister Joe Helper said he hoped the surveys would enable the current western Phylloxera Exclusion Zone (PEZ) to be expanded to the north and south in areas currently considered phylloxera risk zones.

Phylloxera is an insect that attacks grapevine roots and over time causes a decline in the vine health, ultimately killing it.

"The Brumby Labor Government understands the importance to our viticulture industry of ensuring more of Victoria is free from phylloxera," Mr Helper said.

"Successful rezoning of this region would ensure the majority of the western half of Victoria had now been surveyed and considered a PEZ.

"The existing PEZ is a major production area for wine, table grapes, dried fruit and the propagation of grapevines.

"It is essential that we continue to work with and protect the industry from phylloxera in order to protect Victorian jobs and valuable export markets."

"According to national protocols, a vineyard must be surveyed and found free of phylloxera twice in three years, with surveys being conducted in the first and third years," Mr Helper said.