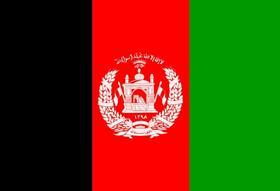 Afghanistan has announced its decision to remove tolls on Pakistani produce formerly collected under the banner of ‘financial security’, the Tribune reports.

The charges had been applied to Pakistani exporters entering Afghanistan to cross through to other Central Asian markets, and had long been subject to removal demands by the industry.

Pakistan’s exporters have said that this decision will result in increased exports to Central Asia, particularly fresh fruit, vegetables and dried fruits, due to low duties on these products.

The two countries agreed to waive the condition of financial security for exports passing through their territories in September 2011.

However, while Pakistan implemented the waiver from 14 September that year, Afghanistan failed to meet its end of the bargain and continued charging a fee of 110 per cent from exporters.

“We were demanding this facility for over two years. But we still welcome this development as it will immediately increase Pakistani exports to Central Asia which is a big development,” Daru Khan, former chairman of Chaman Chamber of Commerce and Industry, told the Tribune.

Khan stated that the decision will result in increased exports of kinnow, potato and other perishable products to Central Asia.

The development follows the Afghan government’s recent launch of a new transit system at the Torkham border, under which Afghan officials act to facilitate formal trade between the two countries.

Canada has also assisted the country in installing an online system at all major Afghan borders which allows officials to record all vehicles entering and leaving its territory.

The two countries anticipated that bilateral trade will increase to $5bn by 2015.