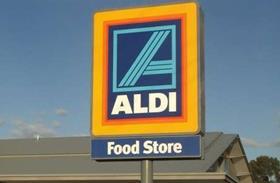 German retailer Aldi is thought to be considering an expansion into New Zealand, and has registered over 100 trademarks with the country's Intellectual Property Office, the Waikato Times reported.

An Aldi spokeswoman said the company was solely focused on its Australian operations, but it is believed it has been looking at potential store sites in New Zealand.

Since opening its first Australian store in 2001, the group now has 200.

The chain employs a warehouse-like operation with pallets of products sitting in the aisles and Aldi only stocks between 1,000 and 2,000 product lines, against up to 25,000 in some other supermarkets.

The move would give New Zealand shoppers a third choice of retailer after the Progressive and Foodstuffs chains.

An Australian study showed that New Zealand's grocery prices had risen 42.5 per cent between 2000 and 2009, the fastest rate of any OECD country.

The owner of one New Zealand Pak ‘n' Save store, which come under the Foodstuffs banner, said he had visited Australia to see Aldi's operations there, and welcomed the competition its move to New Zealand would bring.

'Yes, it would be good if they came to New Zealand,' said Waikato's Mill Street Pak ‘n' Save owner Glenn Miller. 'It would provide some more competition.'

Mr Miller said Aldi had a far smaller product range and did not offer customers a deli or fish counter.

'For people that are looking for one-stop shopping, it's not really the same.'

Foodstuffs general manager of supermarket operations Dave Chambers said he had been aware for some time that the company was examining the New Zealand market.