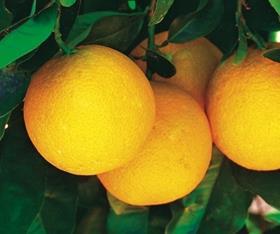 Australian citrus is set to reenter the Korean market later this month after an absence of several seasons, with the first shipment pre-cleared by quarantine inspectors on Friday.

The breakthrough follows a concerted effort by growers over the past three years to control the pest Fullers Rose Weevil and thereby comply with Korea’s strict quarantine protocol. Renewed confidence in their capacity to meet the protocol led several exporters to pay for a quarantine inspector this year to visit Australia and pre-clear oranges for the Korean market.

The first fruit was inspected and passed today (Friday) and will be loaded on the Northern Practise vessel to arrive in Korea later in July, according to Neil Barker of exporter BGP International.

“Our resumption of exports to Korea after several years’ absence will be a welcome boost for the Australian citrus industry currently beleaguered by small fruit size and a high Australian dollar,” said Mr Barker. “Both the grower, Pat Sergi, and our company have worked hard this year to make this happen.”

The Australian citrus industry is also hoping that the new fumigant Vapormate could pave the way for a more flexible protocol to export to Korea in the future. The fumigant has been successfully trialled in Australia and the results have been well received by Korean quarantine authorities, according to industry officials.

Korea remains the largest export market outside of North America for California navel oranges, and while volumes have fluctuated over the past seven years, they have rebounded in recent seasons, with US orange shipments to Korea hitting 116,539 tonnes in 2010.