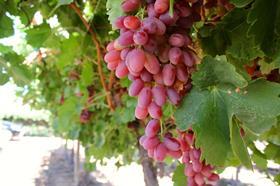 “For the last three weeks, table grapes have been experiencing lengthy delays at port. There are about 400 or 500 containers that are taking between five and ten days longer than normal to be cleared,” said Scott.

“The fruit is in cold storage so it’s not rotting, but shipments are being moved from port to port to try and avoid delays and Australian farmers will be liable for those costs.”

Scott said the reasons for the delays had not been explained to Australian exporters, and that exports from other countries had not faced the same challenges.

According to a report from the Global Times, sources within China's fruit industry said the delays were associated with the need to conduct nucleic acid tests on imported fruit and it was unclear when the backlog would be cleared.

'There are indeed many containers of Australian grapes waiting for inspection at ports … authorities are working extra hours to clear the backlog,' a source familiar with the matter told the Global Times.