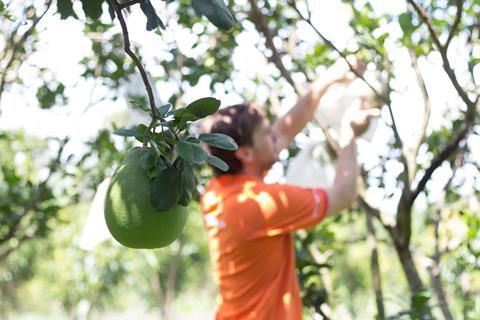 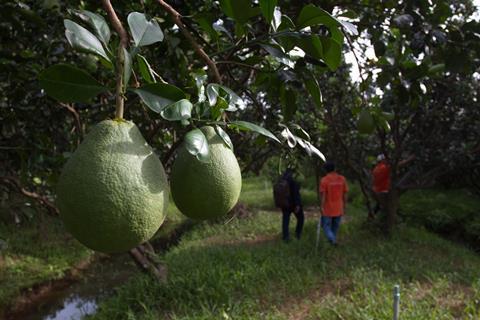 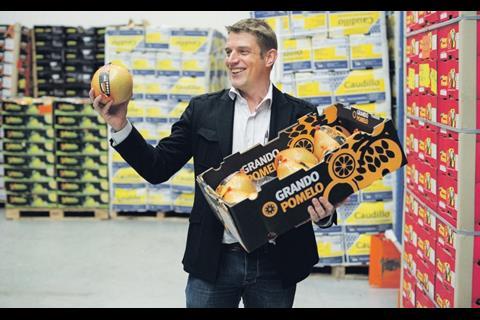 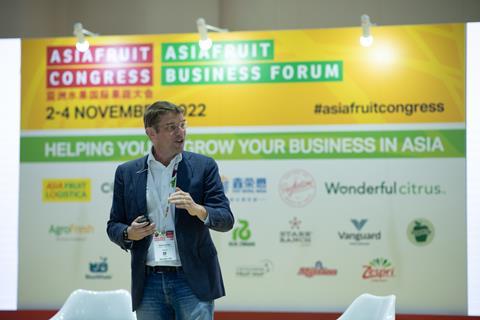 Vietnam has a big opportunity to produce and export more fruit if it can attract the right foreign direct investment and modernise its production base.

That was the message from Siebe van Wijk of The Fruit Republic, Vietnam’s leading fruit exporter, in a talk on investment opportunities in the country’s fruit sector.

Addressing the audience at Asiafruit Congress in Bangkok on 4 November, van Wijk documented the “spectacular rise” of the Vietnamese economy since the country started to open up after the US lifted a trade embargo in 1994.

Plantings in the Vietnamese fruit sector have increased by 53 per cent since 2010, reaching 1.3m hectares of fruit in 2020. There has been an increase in fruit production across the country, with the biggest growth seen in northern Vietnam, particularly in mangoes and pomelo, and the Central Highlands.

The province of Dak Lak in the Central Highlands has seen major expansion in avocado and durian production, while Long An in the Mekong Delta is growing fast in citrus.

Vietnam’s top five fruits by production value are oranges, mangoes, dragon fruit, durian, and banana – which together account for 60 per cent of the country’s total. Of all the fruits, avocado has seen by far the biggest production growth in recent times, expanding at a compound annual growth rate of 42 per cent between 2010 and 2020.

When it comes to fruit exports, Vietnam has focused predominantly on dragon fruit to China, with exports worth $925.7 million in 2021, however van Wijk noted there have also been efforts to export significant volumes of bananas, mangoes and durian to the global superpower in the past five years. This is evidence of a trend of diversification in Vietnam’s fruit export portfolio, he says.

Growth has been fastest in bananas, and following rapid export expansion since 2015, Vietnam became the largest exporter of bananas to China in the first five months of 2022. Vietnam accounted 43 per cent of China’s total banana imports during the period, far surpassing the Philippines, Cambodia, Ecuador and other suppliers.

The Dutchman conceded that Vietnam’s strategy of undercutting China’s leading banana supplier, the Philippines, on price was “maybe not the most sustainable strategy”. And he warned against focusing too heavily on the Chinese market rather than diversifying exports, highlighting difficulties that Vietnamese exporters faced during the pandemic when trucks were sometimes held up at the Chinese border, causing major disruption to trade.

In 2020 Vietnam exported 91 per cent of its bananas to the Chinese market and a similar percentage of its dragon fruit.

Another problem Vietnam faces in this regard is that Thailand exports large volumes of tropical fruit to Vietnam while very little travels in the opposite direction. The reason being that Vietnam has so far failed to negotiate phytosanitary market access to its south-east Asian neighbour in most fruits.

According to so-called ‘mirror’ trade data, Vietnam has a negative trade balance in fruit, whereby it imports more than it exports. This is a problem that needs addressing, van Wijk emphasised, since it suggests the Vietnamese fruit sector is struggling to compete with imports and is losing its domestic market.

In light of this, he highlighted opportunities to boost domestic supply to Vietnam’s “exciting” fresh produce market. The total market value of fruit and vegetables in Vietnam is around $16 billion, of which the ‘modern retail’ sector (supermarkets rather than wet markets) accounts for $1.1-1.5bn.

The fact that Vietnamese supermarkets boast highly professional and attractive fruit and vegetable displays should be viewed as an opportunity for suppliers to showcase the quality of their produce, but he noted that imported fruit was being afforded more and more shelf space in stores.

In order to develop the Vietnamese fruit sector from a production and trade perspective, van Wijk there is a need to establish professional fruit tree nurseries in Vietnam for the first time and bring better varieties to the country. He identified four key areas to focus on: professional nurseries, applied R&D and extension programmes for fruit farmers, professional farms, and phytosanitary market access.

On the first point, he said Vietnam needed to develop plant nurseries that provide contract farmers with strong, disease-free plant material; offer applied R&D for rootstocks and varieties; and support the private sector to professionalise through training.

On the second point, he emphasised the need for a systematic variety screening programme in the different regions of Vietnam; and the development of an applied research programme for horticulture crops in combination with farmer extension programmes – to train growers in improving their farm management and to help them comply with international fruit quality standards.

On the third point, he called for improvements in orchard design, professional pruning, water and labour-saving irrigation systems, the rational use of agro-chemicals, and well-balanced soil nutrient management.

And on the final point, van Wijk highlighted opportunities to negotiate better market access to neighbouring countries, for example on citrus to Japan, Korea, Thailand and China, and on bell peppers to Japan and Thailand. This would help stimulate more inter-Asian trade, he said.

“I think there’s really a need for FDI into Vietnam’s fruit sector,” van Wijk stressed. “There’s a lot of talent in Vietnam but not a lot of experience in fruit.”

In the coming years, he expects to see international investment pour in from major producers in Latin America and the US and believes this is what is needed to take the sector to the next level.