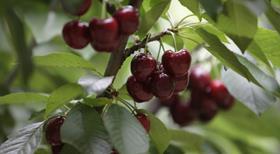 The Chilean fruit sector has moved to quell the crisis threatening to derail the cherry export campaign following unsubstantiated reports on social media that Covid-19 had been detected on packs of cherries imported into Shanghai.

Chinese retail sales fell 63 per cent in the last week after news of the discovery spread widely on social media, while sales in wholesale markets were 4 per cent lower than expected for this stage in the season.

With less than three weeks to go to the Chinese New Year festival, the situation comes at a critical juncture in the export campaign. Reports suggest that sales are beginning to pick up again after official Chinese state media channel CCTV issued a statement denying that there had been any confirmed cases of Covid-19 being found on cherry packaging.

In a joint statement issued on Monday, Asoex, Fedefruta and the National Agriculture Society (SNA) said they wanted to keep the trade informed of all the latest developments regarding what it called “the serious situation affecting the marketing of Chilean cherries in China”.

It noted that imported cherries continued to be a trending topic, with social networks publishing more than 200,000 digital articles reaching more than 2.7bn impressions.

In a meeting between the Chilean government and private sector on Monday, it was agreed that efforts to communicate with the Chinese authorities would be intensified in order to address the crisis, and that the cherry marketing campaign would be stepped up in order to restore confidence in the quality and safety of Chilean cherries.

“All necessary situation monitoring meetings will be held. The industry trusts that joint work between the governments of Chile and China will allow us to regain the trust of consumers and distributors, reaffirming the rigorous sanitary processes that govern our cherries, from production to marketing, since there is no any risk when consuming our product in international markets,” the statement said.

The associations said they would be issuing daily statement to keep the media informed of any further updates.