Chilean cherries on road to recovery 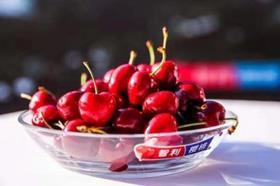 Chinese demand for Chilean cherries is slowly picking up following uncorroborated reports that Covid-19 had been found in packs imported into Shanghai earlier this month.

In its latest update, published on Thursday, Asoex said the market recovery seen over recent days has been maintained.

“There was a better movement in the rotation of cherries in the wholesale markets, and a new rise in price levels, so we have started the road to recovery,” Asoex said, while adding that market conditions were not yet back to normal.

The Chilean Cherry Committee continued to ramp up its marketing campaign to counter the negative coverage in social media. More than 11 high profile Chinese publications featured stories highlighting the safety of Chilean cherries.

“In consideration of the current market situation, the second stage of the strategy has begun to be implemented in promotional activities, with videos being published with opinion leaders on social networks to encourage the consumption of cherries,” Asoex explained.

“We believe that despite the seriousness of what has happened, there have been three days of improvement, which is why the promotional actions implemented by means of a significant investment from the Asoex Cherry Committee, in coordination with our authorities, will continue to intensify.”