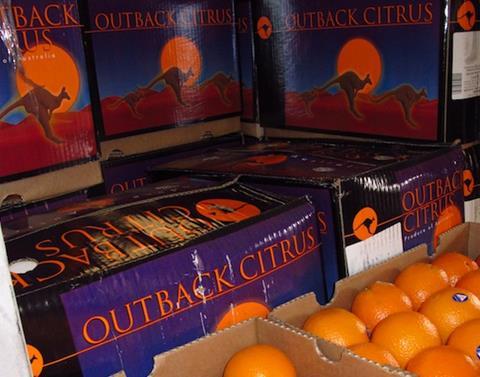 It’s a move that Hancock said lacks the sincerity of a federal government wanting to grow the Australian agriculture industry.

“At a time when we are suffering the worst drought in living memory, the Government is increasing charges on our growers by exorbitant amounts,” said Hancock.

“For the average grower that wants to export, the proposed costs will equate to around A$30,000 (US$20,575) per year before they have even exported a single carton. They will be then be charged more than A$250 (US$171.46) per container to export.”

Hancock was particularly scathing of federal agriculture minister Bridget McKenzie, saying she had signed off on what can only be described as an incredibly poor piece of policy.

Hancock added that the citrus industry does not disagree with cost recovery from the government. However, he said the government needed to provide a detailed explanation of its programme costs to enable a constructive engagement process.

“This is particularly important as the Department has a monopoly on export certification so there is no alternative provider for growers to compare,' added Hancock.

“It also seems there has been no effort to engage directly with affected businesses or allow them to participate in the process.

“In March 2018, we provided a detailed submission to Government outlining our concerns – but clearly the Department has disregarded everything we wrote.'