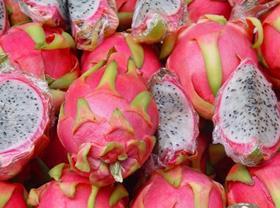 Vietnam’s fresh produce exports have been hit by restrictions on trade with China put in place as a result of the Coronavirus outbreak.

According to a Vietnam News report, dragon fruit and watermelon are some of the main products affected and Vietnamese government officials are preparing for disruptions to last for a number of months.

The report said trucks were left queuing at the Vietnam-China border on 2 February with 333 containers of agricultural products held up in the northern province of Lang Son, 190 of these were carrying dragon fruit.

Tran Thanh Nam, Vietnam’s deputy minister of agriculture and rural development, said the supply of dragon fruit is not predicted to fall off either, with approximately 75,000 tonnes expected to be harvested from Long An in February.

Meanwhile, Binh Thuan and Tien Giang provinces are predicting a combined harvest of 110,000 tonnes in March.

“These fruits are fresh and unprocessed. Although localities have offered guidance and adjusted production plans, local congestion and oversupply will still occur due to limited transactions at border gates,” Nam told Vietnam News.

The speed in which the restrictions have been enforced has also hindered exporters from finding ways to adapt to the changes, according to Tran Quoc Khanh, Vietnam’s deputy minister of industry and trade.

“We have urged businesses to seek other markets and co-ordinated with logistics firms to preserve fruits, but this hasn’t worked, Khanh told Vietnam News.

“Agricultural products were under seasonal pressure, so it was difficult to turn around the situation and seek other markets in such a short time.”

Nguyen Xuan Cuong, Vietnam’s minister of agriculture and rural development, also asked local departments to prepare for the possibility of the outbreak lasting anywhere from one or two months, to up to even six months.