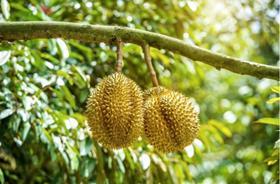 Durian growers in the Davao region of the Philippines are said to be ready and eager to gain the Good Agricultural Practice (GAP) certification, required by China for the export of the fruit.

Emmanuel Belviz, president of the Davao City Durian Industry Council (DCDIC), told Business World growers were ready as early as April when representatives from the China were scheduled to visit.

“Before the Covid-19 we held training with some durian farmers and members of the durian council on the importance of making their farms GAP-certified,” said Belviz.

The farm visit was postponed to August, and then delayed until 2021 due to travel restrictions imposed by the Philippines.

Belviz said the harvest this season is expected to be good, with the peak in mid- to late-September.

The group, in coordination with the Philippine’s Department of Agriculture regional office, has tapped a freight forwarding firm for the distribution of durian to major cities in the Philippines.