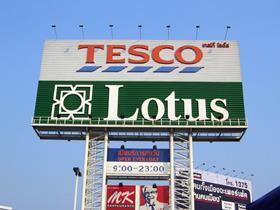 Thai conglomerate CP Group’s acquisition of Tesco’s supermarket business in Thailand has been approved by the Office of the Trade Competition Commission (OTCC).

According to a report from the Bangkok Post, Thailand’s competition regulator said while the US$10.6bn deal increased CP Group’s market power, it did not create a monopoly.

“The deal may significantly lower competition but won’t create major damage to the economy or consumers’ benefits,” the OTCC said in a statement.

Nevertheless, the decision did come with some conditions, these include a ban on CP Group entering any other modern-trade retailing mergers for three years, excluding e-commerce.

The conglomerate will also be required to buy more products from local small and medium enterprises, and to honour existing contracts with suppliers for at least two years.