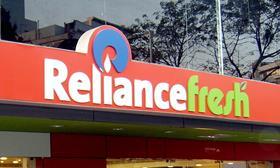 India’s retail sector has been the subject of significant investment and the competition between two major players, Amazon and Reliance Industries, is set to heat up over groceries.

According to reports from Bloomberg, Reliance is closing on a deal to acquire a stake in Future Retail, which operates retailers including Big Bazaar.

This comes only months after Amazon entered a long-term business agreement in January, which saw Amazon India become the official online retail channel for Future Retail.

Satish Meena, senior forecast analyst at Forrester Research, told Bloomberg “this is going to be one fierce battle,” and it will held in groceries, which he said accounts for 55 per cent of all Indian retail sales.

“The toughest battle between the two is going to be fought in grocery retail,” said Meena. “Grocery is Reliance’s strength and they will assert their pricing power by combining their offline muscle.”

Reliance pilotedJioMart, its foray into online, earlier in 2020 and has has since expanded the e-commerce platform to 200 cities and towns across India.

According to a Bloomberg report, Mukesh Ambani, managing director of Reliance Industries, said four-fifths of the fruits and vegetables sold on JioMart or through its retail outlets were sourced directly from farmers.

Amazon also launched its own project aimed at developing a farm-to-fork model.