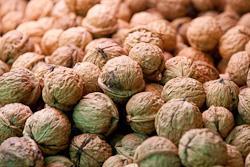 South Korea may open its doors to Chilean walnuts next year, a move which could present a significant opportunity for the South American supplier as its volumes increase in the next few years.

“Korea is working on a general regulation for walnut imports from the main walnut supplying countries, and it is moving forward as expected, so we hope we could have authorisation for Chilean walnuts for next season in 2012,” Chilean Walnut Committee executive president Andrés Rodriguez told Fruitnet.com.

China is the next major market on the radar for Chilean walnuts. Negotiations for access there has also moved forward this year, with China’s General Administration of Quality Supervision, Inspection and Quarantine (AQSIQ) moving a developing walnut protocol onto a parallel track, separate from the list of fruits which are waiting import certification.

“Our reading is that Chilean walnut authorisation will be faster now,” said Mr Rodriguez.

While predicting what volumes the two markets will take is difficult at this stage, the Chilean industry hopes to position itself as a counter-seasonal supplier to California, which currently dominates the imported nut categories in both countries.

“To have an idea, today California exports more than 38,000 tonnes to China and over 850 tonnes to Korea,” explained Mr Rodriguez. “Our bet is to continue the development of these markets in terms of opening their consumption patterns to new varieties and qualities that Chile can offer.”

The potential new markets will come at just the right time for the industry. The Chilean Walnut Committee forecasts volumes to grow from this season’s 37,000 tonnes, of which 35,000 will be exported, to over 64,000 tonnes by 2014, with average growth continuing at around 20 per cent each year.

Mr Rodriguez said the industry is preparing a marketing campaign to introduce Chilean walnuts to Korea once access is granted, and in general is working on promoting the health properties of walnuts.

“Health properties are essential in walnut marketing, so we are constantly getting new information to highlight in communications to the trade and consumers.”