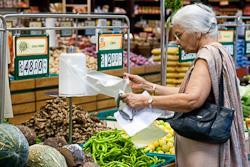 Listed retailers appear to have performed better during the last quarter of 2013, maintaining or improving their gross margins, the Business Standard reports.

Trent, Shoppers Stop, Reliance Retail and Pantaloon have thus far announced their quarterly results for the end of last year, although Future Retail has yet to do so.

Trent, the retail arm of Indian multinational conglomerate Tata Group, declared a 16 per cent growth for the whole year, with particularly significant growth of 39 per cent for the third quarter of 2013.

Raheja-owned Shopper’s Stop saw its total revenue grow 16.5 per cent for the year, although its labour costs and operational expenses also rose, which cut into earnings.

However, when factoring in the company’s hypermarket chain Hypercity, Shopper’s Stop’s enjoyed more notable profits, including a 17 per cent rise in 2013’s third quarter.

While their performance has been better than expected, analysts noted that sales growth remained fairly weak due to restrained consumer spending.

Reliance Retail, owned by Reliance industries, saw growth of 38 per cent over the year and enjoyed solid sales growth across various formats of 21 per cent.

While the Indian retail sector has been hard hit over the past two years due to the economic slump, there have been positive reports within the industry that good times are expected shortly ahead.