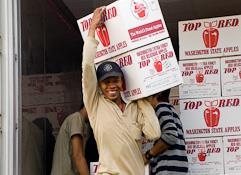 Indonesian fresh produce importers have been given a few months reprieve with an announcement from the country’s Ministry of Trade it would delay the introduction of new horticultural regulations until September.

The Ministry of Trade said on Friday two new regulations regarding import licensing, which were due to come into effect that day (June 15), will now be delayed until September 15.

“Many importers are not ready to implement it because they cannot fulfil the requirements, including those relating to cold-storage facilities, distributors and licensing, in so short a time,” the ministry’s director general for foreign trade Deddy Saleh told local media.

Only 54 horticultural importers out of several hundred have applied for the new import licences so far, reported the Jakarta Post.

Apart from giving traders more time to comply with the new legislation, the delay will allow the Indonesian government time to notify the World Trade Organisation (WTO) of the changes, said Deddy.

Critically, however, the delays will not include new Indonesian port of entry regulations, which reduce allowed entry points for fresh produce from eight to four, and will prohibit imports using Jakarta Tanjung Priok port.

The new port of entry regulations will go into effect at midnight tonight (Monday June 18), after a delay of three months to the original implementation date.

The new Ministry of Agriculture regulations regard chemical and pesticide residue levels, as well as a quota system for horticulture imports.

According to an Australian embassy advisory note to horticulture industry figures, the regulation requires an importer to be issued a letter of recommendation from the Ministry of Agriculture, covering details such as import volume, product types, entry dates, ports of entry and permitted distribution channels.

“The Ministry of Agriculture will need to consider national supply and demand; the potential for market distortions; packaging and Indonesian language requirements; local harvest periods; that the product has met SPS standards; and warehouse storage periods,” the advisory note detailed.

A full report on the Indonesian port closure’s impact appears in the June 2012 issue of Asiafruit Magazine.