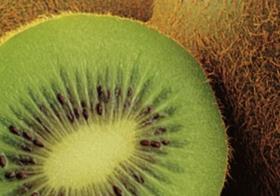 Italy will produce around 461,500 tonnes of commercial-grade kiwifruit this season, according to forecast figures unveiled by Consorzio Servizi Ortofrutticoli (CSO) during this week's European Fruit Summit in Cesena.

According to the forecasts, overall kiwifruit production in the country is set to rise by 16 per cent compared with the previous year to 512,753 tonnes, while remaining slightly up on the five-year average for 2006-2010.

However, CSO analyst Elisa Macchi pointed out that the increase in supply of marketable product in Italy would be nearer 12 per cent.

This year, with major increases in kiwifruit production expected in both Emilia Romagna (up 49 per cent to 82,021 tonnes) and Piedmont (up 38 per cent 129,672 tonnes), the percentage of Italy's crop for which individual fruits are over the commercial minimum of 65g will be 90 per cent, compared with 93 per cent in 2010.

Across the northern hemisphere as a whole, kiwifruit volumes are expected to increase by 13 per cent to 691,000.

Within Europe, only Portugal is forecasting a smaller kiwifruit harvest, down 6 per cent to 16,000 tonnes.