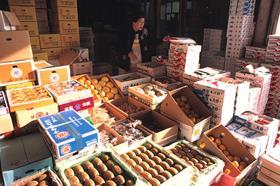 Japan’s trade ministry has announced it will enact new procedures for issuing certificates of origin for Japanese agricultural exports, according to local news sources.

These simplified procedures aim to make it easier for producers to apply for lower tariffs for fresh produce destined for Japan’s partners in economic partnership agreements (EPA) said a Jiji Press report.

The ministry expects this change to speed up the export process for products such as fresh fruit and vegetables.

This change is particularly relevant to a selection of countries that have EPAs with Japan. 16 of these require third-party certification to prove goods were produced in Japan to qualify for lower tariffs; these include the likes of India and Thailand and Australia.

According to the Jiji Press report, the new policy optimises the procedure of applying for a certificate of origin by allowing producers to apply for the certificates ahead of harvesting if the export destination has already been decided.

Additionally, producers are now able to use a wider range of documents, such as sales receipts that state the produce’s place of origin, to apply for the certificates. Application procedures have also been waived for re-exports.