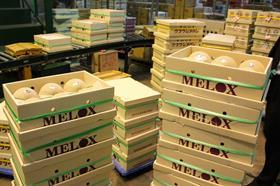 According to a report from the Japan Times, this initiative is part of a broader strategy aimed at increasing the value of Japan's agriculture, forestry and fishery exports to ¥5 trillion (US$48.1bn) by 2030.

Under the programme the government would provide technical and financial support to help communities in developing consistent production to meet international demand. Not only will this boost exports, but it will revitalise the regional economies that take part.

According to the report, the government will designate some production areas as exclusively for export to allow them to mass-produce competitive crops. It will also encourage producers to make more aggressive efforts to export their product.

The strategy is also said to include numerical export targets for specific products and export destinations, as well as a new policy renewing government efforts to lobby for better access and reduced non-tariff barriers. The latter will be bolstered by Regional Comprehensive Economic Partnership, signed by Japan and 14 other Asia-Pacific countries in November.