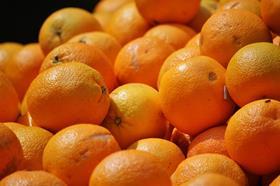 Japanese retailers have been quick to make the most of a new Free Trade Agreement (FTA) with the US, reducing prices on US fresh produce.

The two countries agreed to the new trade deal in October 2019, but the associated changes came into effect on 1 January 2020.

Fresh produce was a major beneficiary of the agreement with the tariffs for blueberries, cranberries, sweetcorn, broccoli and prunes all eliminated immediately, while fresh cherries and oranges were included in a group of US products that will benefit from staged tariff elimination.

According to a report from theJapan Times, Japanese retailers have already passed on these changes to their consumers, cutting the prices of some fresh produce items.

The report said Ito-Yokado held a six-day sale reducing the price of oranges by 10-20 per cent. Aeon Retail said it plans to hold a sale on kiwifruit among other products while Seijo Ishii, which stocks imported foods, will hold a sale which will include US nuts.