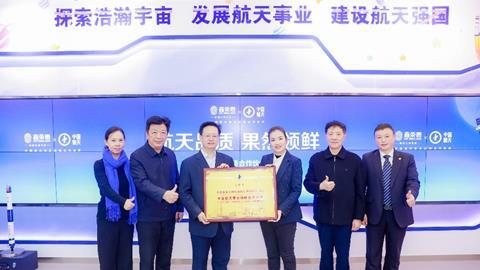 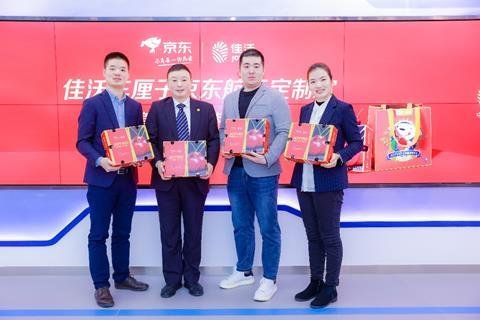 The history of the continuous development of China’s aerospace industry runs parallel to the story of the continuous development of China. In this new era, the spirit and symbolism of manned spaceship with people able to endure hardship, fight and tackle key problems, and contribute and operate as a team, are an inspiration for industry leaders, inspiring them to dare to be the industry’s first.

In 1998, JWM was established in Shenzhen, at that time at where was the frontier of China’s reform and opening up. In the past 24 years, the company has led the innovation and development of China’s fruit industry. JWM’s spirit of constant endeavour, innovation and exploration is highly compatible with the spirit of China’s aerospace industry.

On the occasion of the 66th anniversary of China’s aerospace industry, JWM has become the first fruit company to join hands with the China aerospace industry. JWM is committed to leading the development of fruit industry with the spirits of China Aerospace Industry. 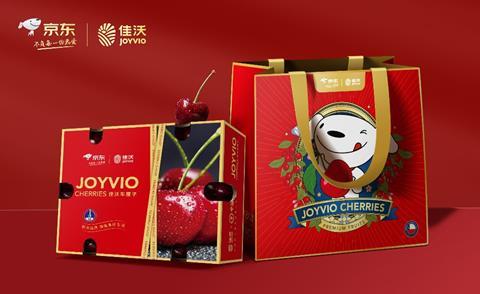 Nata, commercial counselor of the Chilean Embassy in China, participated in the meeting via a congratulatory video.

“We are very pleased to witness the cooperation between JD Fresh and JWM, a leading fruit company in China. This partnership is fruitful,” she commented.

The new season of Joyvio cherries appeared with a brand-new image of “China’s aerospace industry strategic cooperation fruit brand”. Based on the quality requirements of aerospace products, it upgraded and created a co-branded gift box to meet the demand for high-end gifts during the Chinese Spring Festival.

It is JWM’s first Joyvio fruit product to appear on the market after joining hands with China Aerospace, and it will once again refresh the industry’s quality benchmark with carefully selected aerospace-quality products.

Look up at the stars and keep your feet on the ground. With China’s aerospace industry growing steadily, JWM will continue to fulfil its mission of “Better fruit, better life” and strive to integrate aerospace quality requirements into the company’s practice and products. It will continue to promote the professional and commercial development of the fruit industry, provide Chinese people with high-quality fruits, and jointly pursue the aerospace and fruit dreams.