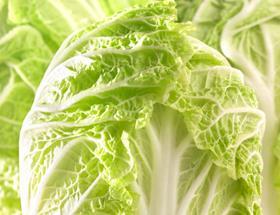 At a time of year when Korean consumers usually stockpile cabbage to make kimchi, consumers are being faced with sky-high prices because of weather-affect crops.

According to a report from Bloomberg, fields of cabbages have been wiped out by three big typhoons between August and September and an extended rainy season.

This has coincided with gimjang season (late autumn), a time when Korean households and communities make quantities of kimchi in preparation for winter.

As a result, cabbage prices have climbed, with the country's fresh foodprices increasing 22 per cent in October, according to statistics from Korea’s Ministry of Economy and Finance,the highest since early 2011.

Meanwhile, Kim Dajung, a research fellow at the Korea Rural Economic Institute, said cabbage prices are expected to remain high in November rising about 8 per cent on average from 2019.

'Cabbage in particular is quite sensitive to climate change and any sort of extreme weather will be detrimental to its output,' said Kim.

'While prices are starting to stabilise, uncertainties over price will continue to persist until the gimjang season begins in mid-November.'

It is not just consumers who are feeling the effects of the shortage, the report said Daesang Corp, Korea's top kimchi producer, said it has temporarily suspended online sales while CJ CheilJedang Corp said it’s searching for alternative supplies to meet the increased demand created by people eating at home during the Covid-19 pandemic.