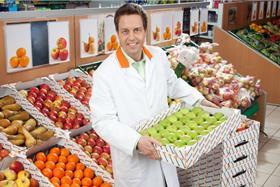 The deal, which will involve Mondi paying shareholders €240m in cash as well as assuming responsibility for debts of €398m, is expected to help Mondi increase its share of the consumer product packaging sector as it looks to diversify away from more traditional paper industries.

According to the Financial Times, Mondi's sales to the consumer packaging sector last year accounted for just 5 per cent of its total €5.7bn sales.

The Nordenia takeover should increase that figure to 13 per cent.

Mondi chief executive David Hathorn commented: 'In the long term, consumer packaging should be capable of growing at about 2 per cent a year in mature economies and 5 per cent a year in emerging economies, especially as disposable income per capita increases and households shrink in size.'

He added: 'We're not buying Nordenia for the short term but the fast-moving consumer goods sector also tends to be pretty resilient and it should provide some downside protection if the economy takes a turn for the worse.'