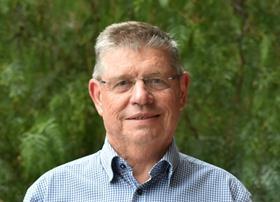 The high-powered association is focused on providing a prominent and respected voice on major issues involving the production, supply and sustainability of fresh produce for Australian consumers as well as export markets.

Generating a combined annual revenue of more than A$4.5bn per annum, the AFPA's members provide employment for circa 15,000 people and operate across more than 100 regional and rural communities across the country.

Inaugural AFPA chairman and chief executive of Costa Group, Harry Debney, said the alliance hopes to position itself as the first-choice fruit and vegetable industry group for government and retailers to engage with.

“The Australian Fresh Produce Alliance will be first and foremost focused on achieving pragmatic solutions to some of the key issues facing the Australian fresh produce industry, including labour and people, packaging, waste, trade access, land use, water security and pollination,” Debney said.

“Our aim is to not only represent the key industry players, but to also achieve outcomes on issues relevant to the broader industry.”

Michael Rogers has been appointed as the AFPA’s chief executive. Rogers comes to the role with an extensive background in the horticulture and food industries, having held senior executive roles at Horticulture Innovation Australia and the Australian Food and Grocery Council.

“The Australian fresh produce industry is a major contributor to Australia’s economic growth and it deserves a prominent seat at the table when it comes to addressing the many economic, environmental and social issues the industry is facing,” Rogers explained.

“The Australian Fresh Produce Alliance has been established to perform this role and I look forward to working closely with government, retailers and other industry players to ensure our contribution is both meaningful and productive.”