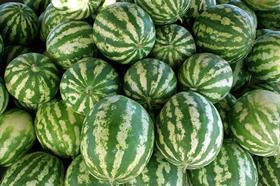 New Zealand has halted watermelon imports from its two main suppliers, Tonga and Australia, potentially creating a shortage for the remainder of 2020.

According to a report from Radio New Zealand, watermelon imports from Tonga were halted mid-October after fruit fly larvae were detected at the border.

New Zealand’s Ministry for Primary Industries (MPI) said imports would be suspended while an investigation was held.

'Until the suspension is lifted, all consignments of watermelons from Tonga arriving at New Zealand's border will be held with the option of destruction or re-shipment in accordance with the Import Health Standard,' MPI said in a statement.

This comes after New Zealand stopped watermelon imports from Queensland, Australia when the cucumber green mottle mosaic virus was detected on a shipment of fruit in December 2019. Imports from Australia have yet to resume and the MPI said there was no current pathway available for imported watermelons.

Jerry Prendergast, president of industry body United Fresh, said New Zealand growers will not start harvesting their crops until January so consumers could be left with little supply.

'We had been expecting this year that Tongan watermelon would take us right through to Christmas,” Prendergast said. “For example, there was still about 75-80 twenty-foot containers which were due to come into the market between now and through to December, they won't be able to come now.”

Prendergast expressed his sympathy for the Tongan growers and said governments from both countries were working on finding a solution.

'We really feel for the communities in Tonga, I know that MPI was working very closely with the Tongan government to see what they can do to get that pathway up and open, but it's very early days yet,” Prendergast said.

Enjoyed this free article from Produce Plus? Don’t miss out on even more in-depth analysis, plus all the latest news from the fresh produce business. Subscribe now toProduce PlusMagazine.