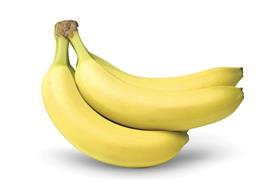 Anflo Group chairman Don Antonio Floirendo, who was instrumental in the development of the Philippine banana industry, has passed away aged 96.

Floirendo was dubbed the ‘Banana King’ in the Philippines and will be remembered for developing vast plantations on previously unprofitable land in Mindanao.

According to local media, he was a tireless worker and maintained the motto ‘one never retires’ until his passing late last week due to kidney failure.

Floirendo’s foray into big business came when he set up the first Ford dealership in Mindanao. He later turned his attention to horticulture growing abaca – the type of fibrous banana plant used in the production of Manila hemp. When demand for this fell away in the late 1960s he began growing bananas.

By 1971, trading under the Tadeco name, he had begun exporting to Japan. As a result of his success more banana plantations began to spring up in the region.

According to a report in the Philippine Star, Floirendo shared his success with local communities by developing housing and medical facilities.