Philippines on the front foot 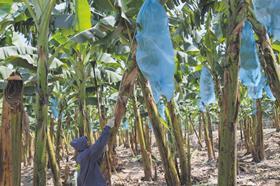 As the third year of the Covid-19 pandemic approaches, the scale of the challenges faced by the Philippine banana industry has not diminished.

The leading banana exporter still maintains a significant market share across most of its key markets, but the value of its exports is declining. Supply chain disruption is compounding issues closer to harvest, including the spread of TR4 and rising production costs.

Stephen Antig, executive director of the Pilipino Banana Growers and Exporters Association (PBGEA), says the pandemic has created a new set of conditions for the industry to trade under and they will not be reverting in the near future.

“In 2021, production of export-quality bananas was a little bit lower than the previous year during the first three quarters but improved in the last quarter. As for exports, the total value declined by 33.4 per cent year-on-year in the January to November period,” explains Antig.

“We have learned to cope with the new normal under this pandemic. However, we are still confronted with the same challenges like TR4, market volatility, competition, and spiralling production costs.”

The Philippines’ largest export markets remain its Asian neighbours: Japan, China and Korea. Although volumes have declined recently, there are still opportunities for the Philippines to turn its fortunes around, according to Antig.

He says China is still the market to watch with its unmatched population creating room for growth, even as competition increases from South-East Asian suppliers. The Philippines’ position is also set to improve in Korea through a new free trade agreement (FTA). The two countries finished negotiations in October 2021 and are set to sign the agreement in 2022.

Currently Philippine banana exporters pay a 30 per cent tariff to ship to Korea. This is expected to be reduced to zero in five years once the FTA is ratified. Antig says one of the PBGEA’s next priorities is to lobby for the reduction or elimination of tariffs in Japan.

The increasing cost of production is a hot topic in the banana industry. Latin American producers recently banded together to push for price rises from multinational distributors and retailers. Managing Covid- 19, TR4 and growing demands for sustainability have all added to the cost of growing bananas.

Antig says the PBGEA shares the same concerns as its Latin American counterparts and will embark on a similar campaign following their progress.

“The Philippine banana industry definitely shares the same concerns. In fact, we intend to negotiate for ‘shared responsibility’ across the supply chain with the wholesalers and retailers, hopefully with the interventions of the respective governments,” comments Antig.

“We are planning to launch a public relations campaign in our major markets and the tenor will most likely be the same as those of the Latin American producers – that quality bananas on the shelves can only be sustained over time if prices are adjusted.”

For more insights into the Philippine banana industry and Asia's banana trade read the February edition of Asiafruit Magazine, out now.