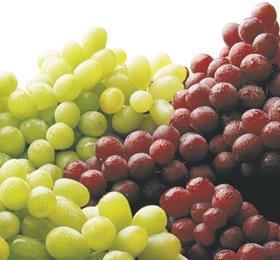 The Philippines has set new standards for the country’s developing table grape industry with the hope of establishing an export trade.

The country’s Bureau of Agriculture and Fisheries Standards (BAFS) has adopted the Codex Standard for table grapes (CODEX STAN 255:2007) as the Philippine National Standard (PNS).

This is part of BAFS’ commitment to adopt 100 per cent of relevant ASEAN and Codex standards as PNS to contribute in making the agri-fishery globally competitive.

The proposed PNS for table grapes will apply to commercial varieties that are to be supplied fresh to consumers after preparation and packaging, however, excludes grapes that are meant for processing.

According to the Philippine Food and Agriculture Organization Corporate Statistical Database, in 2019 the Philippines had a total grape production area of 389ha with an output of 214 tonnes compared to the 46,456 tonnes of grapes that were imported.

Red Cardinal is the most common variety cultivated by most grape-growers in the Ilocos Region.

The BAFS hopes through the adoption and enforcement of the Codex Standard for table grapes the country’s growers will be able to explore export opportunities in the future.