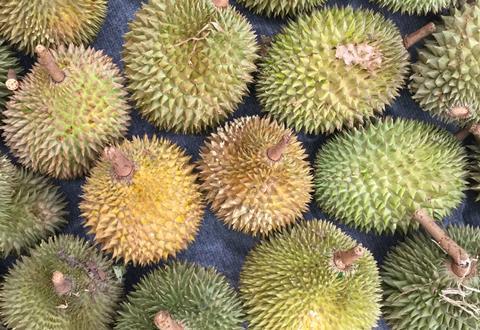 The Philippine Department of Agriculture (DA) has committed to expanding the country’s durian production after announcing US$260m worth of exports to China.

According to a report from the Philippine Daily Inquirer, DA Senior Undersecretary Domingo Panganiban said in a statement the department would bolster the production of durian and other high-value crops as during President Marcos’ recent visit to Beijing, it was pledged that China would source US$2.09bn worth of fruits, including coconuts and durian, from the Philippines.

Initially, the durian will be exported from the list of registered farms in major durian production areas of Davao City, Davao del Sur, and North Cotabato.

However, the DA has announced it will invest US$260m to expand production and to help meet the demand from China.

“We are pinpointed as one of the sources that China would like to (get their supply) from and they have allocated US$260m initially to start off the project with the Philippines,” said Panganiban.

“We hope and anticipate that this will be a major breakthrough that we should avail ourselves of and hope that we should be able to maintain a good relationship with China in the long run.”

Regional authorities have been tasked with finding potential areas for expansion and developing export plans. They will work with the Bureau of Plant Industry (BPI) and the DA’s High Value Crops Development Program, to conduct capacity-building activities, ensure the production of market-preferred varieties, develop packing houses and assist in marketing. The BPI will also provide support with the accreditation of farms and protocol implementation.