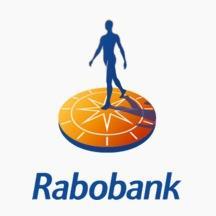 While Chinese agriculture is has seen tremendous growth over the past three or four decades, this is set to increase further over the coming decade due to a series of new measured by the government.

These new policies are aimed at balancing the pace of urban and rural development, adopting of mechanisation and new technology in the agricultural system, and facilitating the timely transfer of land use rights, measures which Rabobank applauds.

“Agriculture has been the backbone of the Chinese economy for thousands of years,” stated a company analyst, Chenjun Pan.

“The pressures associated with feeding a population of 1.3bn has meant that the domestic agricultural industry is strategically important to national food security.

“The decisive and supportive role of the government in agricultural development in China has facilitated new growth in food demand, and farmers’ incomes are expected to grow faster than ever before.”

One of the key features of the government’s approach is ensuring cooperation between the industrial and the agricultural sector so that industry promotes agriculture, urban areas support rural development, industry and agriculture reinforce each other, and urban and rural development is integrated.

On the issue of China’s complex land ownership laws, the government has introduced a framework to regulate land use rights transer, ensuring land can be planted collectively and productivity enhanced.