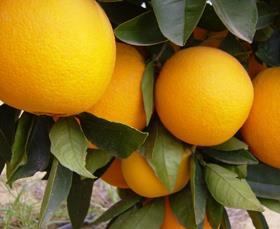 The wheels of governments more often than not turn rather slowly. However, last week it all changed rather suddenly for the South African citrus industry. Last minute developments saw them included at a rather late stage in bilateral talks between South Africa and Japan during a visit to the country by president Cyril Ramaphosa.

The Citrus Growers’ Association’s Justin Chadwick was summoned at short notice to accompany a South African government delegation to Japan, to participate in the South African president’s meetings with his Japanese counterparts.

“On Monday we met with agriculture minister Thoko Didiza and implored her to intervene in our market access applications by ensuring that trading partners had the political will to open, retain and optimise market access for our industry,' said Chadwick. 'The Minister asked if we would be prepared to be part of President Ramaphosa’s business delegation to Japan.”

He said that two days later he was part of the Department Trade, Industry and Competition (DTIC) delegation in Japan. “It is not often that you get quality time with trade minister Patel and we found that he was well briefed on the fruit industry and had already briefed president Ramaphosa on the major issues.”

Japan is a very important grapefruit market for South Africa – with a history of imports going back to the 1970s. “However, there is the potential to increase our presence in the market with other citrus varieties. Since 2004, South Africa has had an application for a review of the protocol and the cold treatment requirements pending. The last submission was made in 2014, with no response from Japan’s MAFF since then.'

Chadwick noted that, in addition, the Japanese had an 'unacceptable policy' of requiring access applications per variety of softfruit, despite international standards showing that there is no varietal difference.

“Japan is one of the most ethical nations in the world – but here they have let themselves down,”he continued. “Despite losing a case at the WTO, they persist with this technical barrier to trade. This is also true for navel oranges – where some varieties are not permitted; and for table grapes where only the Barlinka variety is permitted.”

On Wednesday, Chadwick had the opportunity of briefing president Ramaphosa on these issues, as well as the need to make progress on access for South African avocados, which had been on the table since 2007. The president promised to take the matters up in his discussions with Prime Minister Abie.

“With over 250,000 extra tonnes of soft citrus in the pipeline, and particularly premium late mandarins that will be very popular in Japan due to their vibrant colour and sweet taste, it is imperative that soft citrus access list be widened. Addressing the cold treatment review will also allow a wider range of citrus to enter the Japanese market.

Statistics show that exports of South African grapefruit to Japan has declined from around 60,000 pallets in 2013 to around 40,000 pallets in 2018. The volume of Valencia oranges and Navel oranges exported throughout this period remained rather limited.