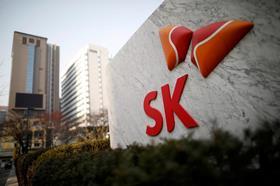 Masan Group and South Korean conglomerate, SK Group, have announced the signing of definitive agreements for SK’s acquisition of a 16.26 per cent stake VinCommerce shares.

Vietnamese retail chain VinCommerce is owned by Masan Group. The transaction, worth US$410m, has valued the retailer at US$2.5bn for 100 per cent of its equity.

According to a press release issued by Masan, both Masan and SK share the same view in Vietnam’s modern trade grocery retail (MT) explosive growth trajectory.

Vietnam’s grocery retail market is expected to increase its share from 8 per cent to 50 per cent of the retail landscape, making Vietnam the fastest growing MT market in the Asia Pacific region over the next decade.

“We expect VinCommerce to play a vital role in its modernisation,” said Park. “We are extremely proud of the work Masan Group has done to turnaround VinCommerce in such a short period of time and we believe VinCommerce will become the national champion of O2O (Offline to Online) retail in the near future.

“Our investment in VinCommerce is a part of SK’s broader strategy of investing in Vietnam’s fast-growing sectors. This is another landmark transaction for SK and reaffirmation of our commitment to Masan Group and Vietnam.”

Commenting on the partnership, Truong Cong Thang, chief executive of VinCommerce said they were excited their partner, SK Group, has validated the company’s turnaround initiatives.

“The hard work we have done over the last 12 months gives us the foundation to scale-up nation-wide to serve 30-50m consumers their daily essential needs,” said Thang.

“As we continue to drive VCM’s promise of “The Very Best of Fresh”, I believe we will become consumers’ grocery partner of choice. I am very proud of the VCM’s team passion and dedication. This is just the start of our journey to ensure Vietnamese consumers win daily anytime, anywhere.”

Masan Group said it is planning to use the proceeds from the transaction to strengthen its balance sheet and to fund future growth initiatives.