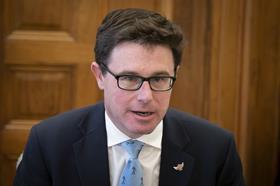 The legislation, Biosecurity Amendment (Strengthening Penalties) Bill 2021, will give courts access to higher penalties that reflect the true seriousness of non-compliance.

Minister for Agriculture, Drought and Emergency Management, David Littleproud (pictured), said the move is about sending a clear message to individuals and companies who put at risk Australia’s A$61bn agriculture industry and over A$1tn in environmental assets by contravening the Biosecurity Act 2015.

“The clear message is you could cop jail time and a bigger fine of up to A$1.11m when this legislation is passed by the Parliament,” explained Littleproud.

“We already cancel the visas of some travellers coming to Australia for breaches of biosecurity laws. 14 have got turned around and sent packing at their own cost.

“Our biosecurity system protects our agriculture, tourism and other industries, plant and animal health, the environment, and our market access—they are necessary to allow us to trade and for our nation to continue to thrive.

Littleproud said the Australian government is continually reviewing the effectiveness of the Biosecurity Act to respond to threats and is “committed to the management of biosecurity risks associated with imported goods.”

“This new legislation is just one part of a suite of legislative and administrative changes that I am driving to protect Australia from people who are determined not to comply with our biosecurity requirements in the face of increasing global threats.

He added that the new maximum penalties reflect the potential gains someone might obtain or seek to obtain through non-compliance with our biosecurity laws, as well as the devastating impact that contraventions may have on Australia’s biosecurity status, market access and economy.

“Anyone who contravenes our biosecurity laws should feel the full force of the law in a manner that reflects the seriousness of their actions,” said Littleproud.