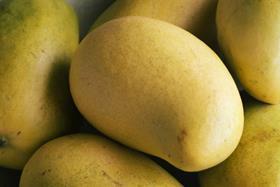 A shipment of 30 tonnes of mangoes grown in Vietnam’s Yen Chau district was exported to China in 11 May, marking the district’s first mango export for the season.

According to a report from Nhan Dan, Yen Chau, located in the northern province of Son La, has 2,700ha of mango production including 170ha dedicated to export and 130ha meeting VietGAP standards.

Ha Van Son, director of Chieng Hac Agricultural Cooperative, told Nhan Dan the cooperative was excited about the first shipment and it had focused on ensuring the quality of its fruit.

Son said its Chinese partners had appreciated the shipment and noted the quality of the fruit.

The report said this year, it is estimated that nearly 13,000 tonnes of Yen Chau mangoes will be harvested and around 3,200 tonnes of this total will grown to export standard.