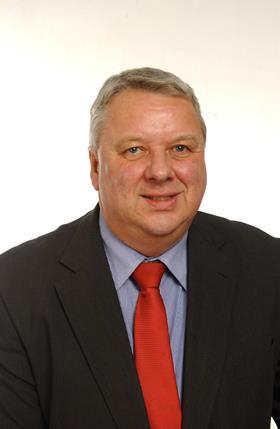 Due to the association with summer, and a certain tennis championship, berries hold a special place in the hearts of most Brits. Right at the heart of the supply of UK-grown soft fruit is Berry Gardens, which also finds itself in the top 10 of the inaugural FPJ Big 50.

The group’s turnover for the most recent financial year was £206.9 million – up by more than £4.5m on the turnover achieved in 2012. Added to that, the Kent-headquartered business recorded a pre-tax profit for the year ending 31 December 2013 of £3.2m.

Berry Gardens was established in 1972 as the grower co-operative Kentish Garden.

In 1996, it launched its own wholly-owned in-house marketing company, which it renamed Berry Gardens in 2008 to reflect the national presence of the co-operative, and the global nature of the business.

Nicholas Marston, Berry Gardens MD, says: “Our success over the last 40 years is the combination of several factors. As a grower-owned co-operative with nearly 60 growers across the UK, we have established long-standing relationships with our retail customers, who trust us to deliver good quality, great-tasting fruit.”

Since 2001, Berry Gardens has enjoyed a strategic partnership with Driscoll’s, giving it exclusive access to new varieties, as well as established market-leading varieties such as Driscoll Jubilee strawberries and Driscoll Maravilla raspberries.

Marston says charging its growers a commission which compares favourably with the lowest rates in the industry has also springboarded Berry Gardens’ success, and that its critical mass as the UK’s largest berry production group and largest year-round berry supplier means that it can achieve the very lowest cost to operate.

Going forward, Marston expects strawberries will continue to provide the foundations of the berry market, but adds that with penetration at around the 83 per cent mark, further volume growth will only be achieved by weight and frequency of purchase.

“To drive this growth, as consumers shop in different ways using online and convenience channels, we will continue to invest in new pack formats,” he says.

Marston also anticipates that the new varieties of sweet-eating blackberries, such as Driscoll’s Victoria and Driscoll’s King George, will experience the most growth over the coming year, “giving consumers the choice of another UK soft fruit which is healthy and convenient to snack on.” The Berry Gardens MD is hopeful that raspberries and cherries will see significant growth over the next few years too.

Unsurprisingly, the UK remains the most important market for Berry Gardens. Marston says: “We have worked hard to establish good relationships with our retail customers offering year-round supply.

“Over 65 per cent of all berries sold in the UK year-round are UK-produced, and during the UK main season we are almost 100 per cent self-sufficient. As the UK’s largest producer group our home market is, of course, our key market.”

Nevertheless, Berry Gardens does export a small amount of soft fruit to its partner Driscoll’s of Europe, and Marston confirmed that there are plans in the offing to grow this particular area of the business.