Asda has completed the acquisition of 132 grocery retail sites from the Co-op as part of its strategy to enter the convenience retail space. 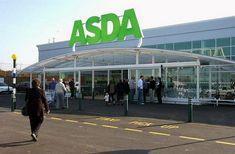 Asda is expanding its store portfolio

The acquisition, which was initially announced at the end of August for a cash value of £438m, includes 129 existing sites across the UK with a retail store space of between 1,500 and 3,000sq ft and attached petrol stations, as well as three development sites.

Around 2,300 staff currently employed by The Co-op will move to Asda’s employment.

While the sale of the sites has now formally completed and Asda owns the 132 sites, the deal remains subject to regulatory approval from the  Competition and Markets Authority. The CMA has issued an ‘Initial Enforcement Order’ requiring that the Co-op sites remain entirely separate from Asda whilst the CMA conducts it investigation into the deal – a process that is expected to take until mid-2023.

During that time the sites will be run separately to the Asda business and only following formal approval of the transaction will colleagues be able to transfer to Asda’s employment and the stores made part of the Asda estate, the retailer explained.

Mohsin Issa, co-owner of Asda, said: “We are delighted to formally complete the transaction that we announced in August and taking the next step on our journey to creating a new and exciting part of our Asda business.

”As millions of families deal with the day-to-day impacts of increasing costs of living, we’re committed to bringing Asda’s great value groceries and fuel to even more communities across the UK through these new stores. Over the last five years we’ve been consistently ranked as one of the cheapest providers of fuel in the UK and have been voted the Grocer’s best-priced supermarket for 25 years in a row – meaning customers in these communities can look forward to saving millions annually on the cost of filling their shopping trolleys and tanks when Asda comes to town.

“We look forward to working collaboratively with the CMA on their investigation and to welcoming our new Asda colleagues to our great business in the coming months.”