Canaries in the coal mine 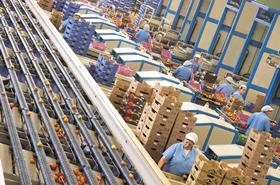 Britain seems to be doing its best to hurt the Spanish economy at the moment. With the two nations strongly linked, Brexit was the first kick in the shins for a country that provides the UK with a quarter of its fruit and veg. The recent collapse of Thomas Cook now thrusts the tourism industry out of the pan and into the fire, with swathes of Spanish hotels facing big holes in their accounts.

Both events have shaken the Canary Islands badly, with one paper describing the region’s horticulture as being in “panic scenario” due to a spate of misfortune. The region exports around half of its produce to the UK, but the chilling effect of Brexit on exports has taken its toll as the departure date is set to fall just as the Canary Islands’ exporting season begins.

According to Spanish reports, the island of Fuerteventura has ceased growing tomatoes altogether, while the number of companies producing cucumbers has been cut by half. Cucumbers were also badly affected by low prices last year, due to overproduction on the global market, which saw Canary Island growers destroy thousands of tonnes.

The islands’ trade and export body Fedex announced in August it will reduce tomato production by 15 per cent to offset the potential impact of a no-deal Brexit. In Gran Canaria, one company has ceased growing for 2019, while all three growers on Tenerife will reduce their tomato output.

It’s worth remembering that Canary Islands exports to the UK have already fallen a long way from their heyday in the 1990s, when they sent 450,000 tonnes each season. But what was good business for the remaining growers is looking increasingly precarious. On top of tariffs and logistical concerns for UK exports, the big issue at the moment is over subsidy cuts as a result of Britain leaving the EU, which would render Canary Islands production unfeasible.

Tomato growers currently receive €15,000 per hectare, thanks to an EU programme (POSEI) to subsidise distant regions of Europe such as the Canary Islands for inputs and transport costs. With most of their produce going to Britain, subsidies will be slashed after it leaves the union, which growers say will make exports impossible.

President of Fedex José Juan Bonny has been holding urgent meetings with the Spanish government, but recently bemoaned a “surprising lack of communication” from officials, adding that the government has underestimated how dependent the islands were on exports to the UK.

He has called for an action plan from the government, but holds out hope that a no-deal will be avoided, with an agreement being struck by Boris Johnson and the EU. “That would give us two or two-and-a-half years to reconfigure the business,” Bonny told La Provincia.

One touted plan is to continue shipping UK-bound produce via the Netherlands instead, but growers are wary of the cost that could involve. “It is very expensive and will not compensate us 100 per cent, but something will have to be done,” Bonny says.