Cocaine worth £40m found in banana shipment to UK 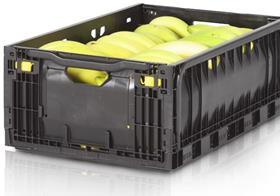 Cocaine with a street value in excess of £40 million has been discovered concealed in a shipment of bananas from Colombia in Portsmouth port.

Approximately 300kg (660lbs) of the drug was seized following a search of cargo vessel Star Stratos on Monday (1 December).

The NCA said investigations were continuing to find the organised crime groups likely to be responsible.

It is the second joint operation between the NCA and An Garda Síochána, the Irish police, to have resulted in a large cocaine seizure in less than three months.

In September, around a tonne of cocaine was seized by the Irish Naval Service from the yacht Makayabella about 300 miles (480km) off the south west coast of Ireland.