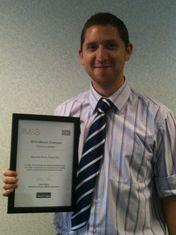 Marks & Spencer has awarded Dole's Bananito operation in Costa Rica a Plan A award in recognition of sustainability efforts.

The banana farm located in Limón received the award and cash prize for its devlopment over recent years.

The awards recognise and promote farmers and growers who are taking steps to improve the sustainability of their business.

"This formal recognition of our programmes goes right to the heart of what Bananito's employees work toward every day for the community at large. We are very proud of their effort and will donate the award to our workers' associations for their reinvesting in family activities," he added.

The award, coupled with a £1,000 prize from M&S, was recently accepted by Roberto Vega, Dole’s Director of Sustainability, and Justin Hudson, representative of Dole Fresh UK which is the primary supplier to M&S, during the Royal Welsh Agricultural Show in Llanewedd, Wales.

“Like our other Dole farms in Costa Rica, Bananito is actively engaged in reducing the Carbon Footprint of our operations as part of a joint commitment with the government of Costa Rica in 2007,” said Vega.

Covering 850 hecatres, Bananito has been producing bananas since 1989, and supplies M&S as well as other customers.