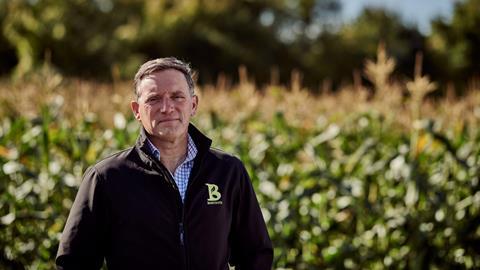 Britain is facing the prospect of empty supermarket shelves unless the government does more to support home-grown food production.

That’s according to the NFU, which says that UK fruit and vegetable growers are under severe pressure due to soaring energy costs and workforce shortages, adding to a worrying food picture that has included empty egg shelves.

The warning came at an emergency press conference convened by the NFU, on the same day as NFU horticulture board members gathered for an extraordinary meeting about ongoing shortages in its workforce, and as Defra holds a crucial roundtable with representatives from the egg supply chain.

NFU president Minette Batters urged Prime Minister Rishi Sunak to honour the commitments he made to support British farmers through the energy crisis and to set a target for the nation’s food security, with a statutory duty to report on domestic food levels.

“Shoppers up and down the country have for decades had a guaranteed supply of high-quality affordable food produced to some of the highest animal welfare, environmental and food safety standards in the world,” she said. ”That food, produced with care by British farmers, is critical to our nation’s security and success. But British food is under threat.

“Only last week, the former director general of MI5, Baroness Manningham-Buller, said that food is part of our critical national infrastructure and that government needs to be consistent in planning for our food supply. I couldn’t agree more, particularly at a time when global volatility is threatening the stability of the world’s food production, food security and energy security.

“We have already seen the egg supply chain crippled under the pressure caused by these issues and I fear the country is sleepwalking into further food supply crises, with the future of British fruit and vegetable supplies in trouble. We need government and the wider supply chain to act now - tomorrow could well be too late.”

Batters said there needs to be an urgent investigation by Defra into whether an “exceptional market conditions” declaration should be made under the Agriculture Act 2020, given the severe disruption which egg producers and UK consumers are experiencing.

Fruit and vegetable growers need fair treatment, the confidence to invest and a commitment from government to lift the cap on the seasonal worker scheme to increase the number of visas available to meet the sector’s essential workforce needs, she added.

British food and farming “needs to be a political priority”, she continued. ”Promises made by Prime Minister Rishi Sunak, in August 2022, need to be delivered, in particular: by establishing a new food security target, including a statutory duty to monitor and report on domestic food production levels annually; to hold a UK-wide annual food security summit; and introduce a new target for public sector organisations to buy 50% of their food locally.”

Agriculture and horticulture must also be seen as a vulnerable sector in regards to energy security, she insisted.