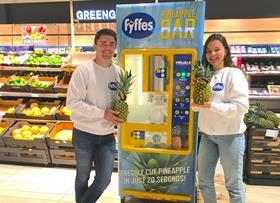 Shoppers will be able to watch as their pineapple is prepared in front of them, usinga swish of blades to produce ready-to-eat pieces in just 20 seconds.