How Aldi is backing British fruit and veg 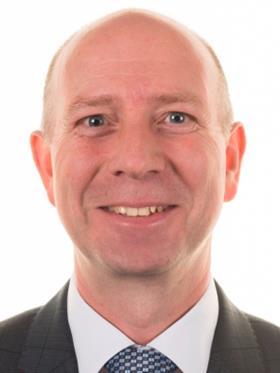 In 2018, Aldi started the rollout of its Project Fresh initiative – a £300 million project to create more in-store space for fresh, chilled and food-to-go ranges.

Over the past two years, we’ve been revamping stores across the country with simpler layouts, improved fixtures and brighter, wider aisles – all to facilitate a greater focus on fresh British produce. Half of existing stores have been converted to the new format with the remaining stores being converted by the end of 2022.

But while some of the focus has been on the store front, we wouldn’t be able to deliver on our fresh food vision without more than a thousand growers, farmers and producers we source our products from in the UK. More than three-quarters of our total sales are from products sourced from British suppliers and 100 per cent of our everyday fresh meat and poultry is British.

Building long-lasting, mutually beneficial relationships with suppliers is very important to us and is a huge factor in why we were rated as the fairest supermarket to do business with by the Groceries Code Adjudicator for the sixth year in a row in 2019. We were the first UK retailer to sign up to the National Farmers Union’s Fruit & Veg Pledge, which sets out our commitment to our suppliers.

These relationships have been crucial to our success and we now spend more than £135m per week with British suppliers, helping them to create jobs and develop their businesses. Many of these suppliers have worked with Aldi since we opened in the UK almost 30 years ago.

Successful partnerships emerging this year include the signing of a four-year contract with a potato packer in Yorkshire, establishing a three-year deal for 100 per cent of our swede supply from three British suppliers, and partnering another Yorkshire-based potato packer with a vegetable supplier so that together they can supply 50 tonnes of potatoes every week to Aldi’s 159 stores in the north west.

The success of the relationships we have cultivated has played out in store, where customers respond well to the range of high-quality, British-sourced products we provide. The evidence of this is our growing market share, strong financial performance and a rapidly expanding customer base.

Today, more than half of Britain’s households shop with Aldi and our plan is to keep improving on that.

To continue driving that momentum, we’re now actively looking to source even more products from Britain by expanding our UK supply base.

Next year will be Aldi UK’s 30th anniversary and, since our first store opened in Birmingham in 1990, we have expanded to more than 800 locations, employing more than 30,000 people and working with more than 1,000 British suppliers.

Our aim is to operate 1,200 stores nationwide by 2025. As we grow towards that target, we will always be on the lookout for new suppliers to add to our family so that we can offer quality products, at the best value for money, to more and more people across the country.