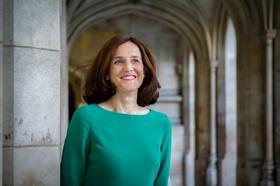 Theresa Villiers has been sacked as Defra secretary of state after just six months in the role.

Villiers said she was “sad to no longer be part of the team” following her dismissal, which comes as part of Boris Johnson’s cabinet reshuffle.

The new agriculture bill has proved popular, with its inclusion of soil health, a commitment to review national food security and further detail on post-CAP funding.

But Defra faces a huge task in winning over the trust of British agriculture, as the majority of farmers fear British standards could be undercut in future trade negotiations with other large countries.

At the Oxford Farming Conference this year, when a several hundred-strong audience were asked if they trusted the government in trade negotiations, no-one raised their hand.

In her parting comments however, Villiers said she remained “determined” to prevent UK farmers being thrown under the bus.

“While my time at Defra was short, I am proud that under my leadership, we published the most important Environment Bill for decades, setting out a world leading framework to protect nature, improve air quality and tackle plastics pollution; we published an Agriculture Bill with environmental goals at its heart.

“I have spoken out strongly on the importance of ensuring our trade policy does not compromise our high standards of food safety, animal welfare or environmental protection. I remain determined to ensure that our farmers are not undercut by food imports produced to lower welfare standards than ours here in the UK.”