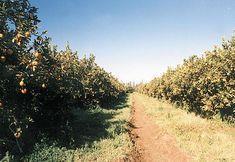 Amid speculation that the UK market for Moroccan citrus is facing a gradual decline, the United States Department of Agriculture (USDA) Foreign Agricultural Service’s GAIN report, published last November, claimed EU countries would continue to be the main outlet for Morocco despite a downward trend in recent years. “The proximity of this market, the high prices paid by European consumers, and, more importantly, the preferential access given to Moroccan citrus fruit under the Morocco-EU free trade agreement, are appealing to Moroccan exporting groups,” it says.

At the same time the report suggests a general decline in EU share of Morocco’s agricultural exports indicates that some exporting groups have more difficulties complying with increasingly complex EU industry standards and requirements. For this reason, non-EU markets, namely Russia, Saudi Arabia and Canada may prove more convenient for the country in the long-term.

“The economy in Morocco is getting better all the time which means local markets are appealing,” says Mustapha Afourer, Mediterranean and African coordinator for major importer Hart and Friedmann. “Morocco used to be able to command more money from the UK but now prices are getting lower and lower and unless exporters are guaranteed a minimum price of at least £5 a box, the UK market will decline long term.”

However, the Moroccan government confirmed recently that it would reactivate its Citrus Plan for 1998 to 2010, which according to Affourer, is an indication of the country’s commitment to trade with western Europe. “Moroccan exporters have been criticised in the past for their reliability but this has improved with the boats arriving consistently right through the season,” says Afourer.

Hart and Friedmann imports Nour clementines and navels from January to February, followed by Salustiana and Washington Sanguine until late March, which marks the start of its main variety, the Maroc Late. Afourer claims that from February to June, the period in which up to three quarters of Morocco’s UK exports arrive, Moroccan citrus may now be favoured above Spanish citrus, but exporters are aware of the parameters of their trading window.

While the season traditionally ran from November until July, exporters have decided to concentrate more heavily on the period of February to June. “The early part of the season is hard for Morocco,” says Afourer. “Spain very much dominates between November and December and everyone wants satsumas at that time, not clementines from Morocco.”

Dave Gilbert, sales manager at Fruco, suggests certain Moroccan exporters are not being proactive enough in effecting the improvements necessary to meet EU specifications. “It depends from exporter to exporter, of course,” says Gilbert. “One exporter, GPA, has been very forward thinking in acquiring EurepGAP certification in order to supply the UK multiples but as a rule they are way ahead of the others.”

Moroccan citrus makes up 30-40 per cent of Fruco’s citrus category, which includes four main orange varieties - naval, Salutiana, Sanguinelli and Valencia. The season begins in December until February with navals. Then Salutiana and Sanguinelli take over until March when Valencia supplies begin, carrying on through until the end of May.

According to Gilbert, in terms of quality, Moroccan citrus is on a par with Spain. However, he says exporters will face increasing competition from Greece and Egypt, which are steadily increasing their citrus production. The majority of Moroccan exporters have raised their packaging standards, having switched from wooden crates to 60x40 cardboard open trays, which suits retailers, whose stores are designed to accommodate the trays rather than crates.

One main problem that Moroccan growers have to overcome is drought and poor irrigation. Producers in the Souss region are particularly threatened by water shortages, which increases production costs. In addition, parts of the Southern citrus producing area, the Souss-Massa vicinity of Taroudent, experienced an infestation of locusts last year, which cost the government $40 million in efforts to control the situation.

Meanwhile, in the Gharb area, near Kenitra, the orchard trees are old and farmers are not actively replanting. The GAIN report concludes that owing to the low planting levels, in the long-term Morocco might be unable to fulfil even local demand for some of its citrus varieties.

However, according to Abdelmalek Achargui, economic counsellor at the Moroccan Embassy in London, the Moroccan government has started an initiative, which will enable increased citrus production in the long-term. “The government of Morocco has launched an international tender for the development of partnerships in connection with 56,000 hectares of agricultural land, currently managed by the companies SODEA (Society of Agricultural Development) and SOGETA (Society for the Management of Agricultural Land),” he says.

Of a total of 205 projects, citrus will account for 49, representing 25 per cent, or 9,649ha, of the total land - making it the second largest area after the 13,980ha of land devoted to cereals and rearing. Achargui says the land to be leased is among the best in Morocco, and was inherited by the government after the end of the French protectorate in 1956.

Afourer claims that while maintaining planting levels is high on the government’s agenda, an overall change in the citrus category may occur as certain varieties face discontinuation. “Growers may want to plant more Nour clementines rather than navels as the market for easy peelers increases,” he says. “Also the blood red sanguine may decline because it grows at the same time as the Salustiana and the navel. But it is not considered cost-effective because it is only a small crop and it clashes with Salustiana in terms of size. In 10 years or so it could become a speciality crop, grown only by a few people.”

Despite having certain problems to overcome, Gilbert does not feel Moroccan producers will terminate their contribution of citrus to the EU in the near future. “The UK market is still important to Morocco. Some people in the UK work with Spanish citrus and some work with Moroccan but they have a massive amount of fruit and there will always be a market for it.”