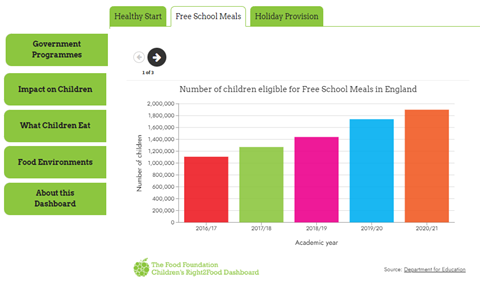 A  new resource is offering journalists, campaigners and researchers a comprehensive library of historical changes in government legislation and attitudes to childhood nutrition and poverty going back to the 19th century.

The library,  launched this week by The Food Foundation, has been funded by the Nuffield Foundation, and is described as a catalogue of all the key initiatives aimed at improving children’s nutrition since 1879.

It brings together numerous acts of parliament, policy documents, research studies and other materials to catalogue more than 180 key policy developments, and will be freely available to anyone who wants to access it.

It is said to provide a stark record of how Britain’s current generation of older adults benefitted from an unprecedented wartime and post-war drive to improve childhood nutrition regardless of social class and income.

The Welfare Food Scheme, which was introduced in 1940, also distributed milk and other nutritious foods such as free cod liver oil and orange juice to all children aged under five.

Universal provision of the free school milk scheme continued until 1968, and the Welfare Food Scheme remained available for all until the 1960s.

The library also documents more recent initiatives including the reintroduction of school cookery classes in 2014, the advent of the Holiday Activities and Food Programme to support low-income children in accessing nutritious food during the school holidays, and the introduction of the School Fruit and Vegetable Scheme, which provides free fruit and vegetable snacks.

Despite these developments, the Food Foundation points out that the new database shows an overall trend towards more piecemeal nutritional support for more recent generations of children from both Conservative and Labour governments, with the loss of all the universal nutritional schemes which existed in the 1940s and 1950s.

The Children’s Food Policy Library will sit alongside the Food Foundation’s Children’s Right2Food Dashboard, which provides a comprehensive picture of data indicators on children’s food including eligibility and uptake of government schemes such as free school weals, what children eat, and the impact of diets on health diet-related health outcomes. It includes trends over time, as well as showing how children’s health is linked to regional location, social deprivation and ethnic group. This dashboard is similarly available to any journalist or researcher.

Anna Taylor, executive director of The Food Foundation, said: ”This new library shows the evolution of children’s food policies and casts new light on today’s policy decisions. For example, it shows that free school meals were first introduced when we realised that poor nutrition in childhood meant that our soldiers didn’t have the physical strength to fight in the Boer war.

”It shows that in 1949 and in 1986 free school meals were cut back so that many of today’s older adults, who benefited from free school meals as children, would no longer be eligible now.  Poor nutrition in childhood has once again become a national priority - with unhealthy weight and poor diets affecting more than one in three 11-year-olds.

”It’s time to rethink whether we have the right policies in place and urgently extend free school meals to prevent the long-term impact of the cost-of-living crisis on children’s health.”