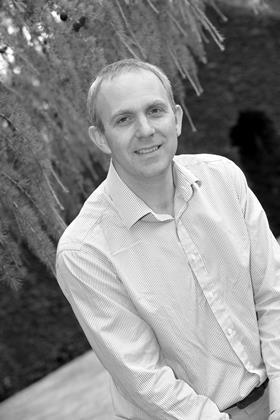 You may have noticed that there is an election coming. On 7 May, we will all be heading to the polling stations to cast our votes to set the political agenda for the next five years. An important time for all of us working in the agri-food industry… or is it?

I have become very blasé about this election. I wasn’t at the beginning: in fact, a few weeks ago I was quite excited about the prospect and particularly keen to see the inclusion of other parties into the public debate.

I had a little spike in interest last week when the manifestos were launched, although I remain bemused why they were launched so late on in the political day, but having heard the highlights I remain unimpressed. Yes, they all nod to the agricultural and food industry, and yes, there are some issues raised and broad policies mentioned that could have a significant impact on the agri-food sector, but as with all political manifestos these days, they are long on ambition and short on detail.

But there were some highlights. I for one cannot help be attracted by the Greens, who promise that nutritious food will be available to everyone at prices they can afford while offering decent rural livelihoods and support for rural communities. Who wouldn’t vote for that?

I salute the Lib Dems’ promise to toughen up on food fraud, and as controversial as it might be among the readers of this fine publication, I support Labour’s pledge on the minimum wage. The Tories’ idea of the Great British Food Unit is also interesting; promoting local British foods around the world has to be a good idea – albeit I thought the UKTI already carried out this role. There are also noises coming from both Labour and the Conservatives to extend, or at least champion, the role of the Groceries Code Adjudicator to ensure farmers receive a fair deal from those nasty retailers. Promises to streamline red tape and to review the plethora of farm assurance schemes will also be music to the ears of many.

But does any of this matter? The politicians are doing what politicians do leading up to an election; reacting to the events of the day, countering the assertions of the media by producing soundbite after soundbite as they endeavour to out-position each other. However, back in the real world margins remain under pressure, competition remains fierce, costs are becoming increasingly volatile and growing conditions ever more uncertain as climate change bites.

Do the elections matter? Of course they do! But for now I would suggest that the agri-food sector shouldn’t get sidetracked by the political circus, but remain focused on the things that really matter: consumers, costs efficiencies, innovation and the market place. Because only one thing is for certain – politicians will come and go, but remaining competitive in this ever changing world of farming and food will remain as challenging as ever.